The minimum time for both attack and decay is 1 millisecond. This produces a 2 millisecond (~500Hz) waveform. So the Envelator and be used for waveshaping if the frequency is below C above middle C. The Gate Input is a comparator with a threshold of ~2 volts so any oscillator waveform with an amplitude of +/- 5 volts can be used to gate it. 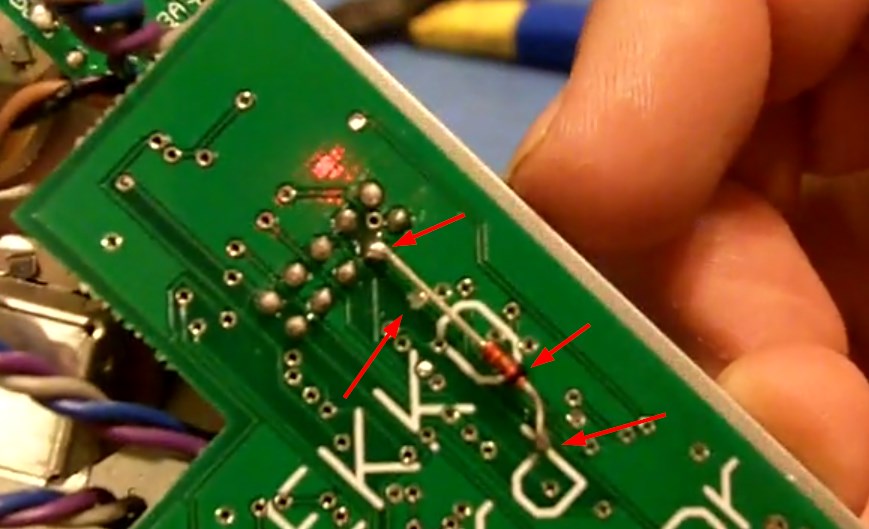 - Envelator as a clock divider: connect your clock to the gate input, the square output will give you the divided clock. Use the attack control to set the division. Leave the decay control at max (fastest speed). Works well in AD and AR modes.. - Your sequencer outputs gates with a fixed length? Make them variable with an Envelator: set the mode switch to AD, send your sequencer’s gate output to the Envelator’s gate input. Use the attack control to determine the length of the gate. Leave the decay control at max (fastest speed). You’ll find your variable gate at the square output. - Together with an AR/slew generator (for instance, another Envelator, in AR mode), you can make envelopes with a programmable “on” time: send the square output to the input of the AR/slew generator (the gate input in the case of a second Envelator) and change the “on” time by wiggling the attack time of the Envelator. When the Envelator is in cycle mode and the delay mode is activated, you have an additional “off” time to play with, which turns the Envelator/AR combo into a Trapezoid Generator like on the Synthi.

Q / 2 Envelators - Short the squares R This is interesting. I seem to vaguely remember having read this suggestion before, possibly with a claim that this is a safe thing to do. I never before dared to try this out, but now I decided to be brave! What seems to happen is the following: the square outs of both Envelators in this patch are connected and function both as outputs and as inputs. As outputs they do what they are known to do: they send a high signal during the Envelator’s attack phase, and zero volt otherwise. Now as inputs they do this: during the attack phase the Envelator doesn’t care what signal is presented at the square out, but during the decay phase a high signal sensed at the square out will halt the Envelator and its (main) output will remain steady for as long as the signal is high. If the signal drops back to zero volts, the Envelator will continu its decay phase. Pretty nice!

Here’s a ADSR patch using 2 Envelators and a Fade 1. Mult gate signal to each Envelator. 1 envelator in AD mode the other in AR mode. 2. take outputs of each Envelator into the inputs of the Fade. 3. Fade output to VCA CV. Fade xfade set to output even amouts of both inputs. A cv mixer can work as well. The AD one acts as the attack and decay. The AR does the sustain and release.

Q Your sequencer outputs gates with a fixed length? Make them variable with an Envelator: set the mode switch to AD, send your sequencer’s gate output to the Envelator’s gate input. Use the attack control to determine the length of the gate. Leave the decay control at max (fastest speed). You’ll find your variable gate at the square output. R1 I tried this one and came up with a curious conundrum. I took the Gate Out from my Moskwa into the Gate In of Envelator, set to AD, changed the attack, left decay at max, plugged the square output into a VCA and... nothing. There was no signal going into the gate! I tried adjusting all the pots on Envelator, but still nothing. I then switched to AR, and the signal showed up just fine. I moved back to AD and switched the gate out from Moskwa to Cloq and it worked fine. I tried using my Noisering’s clock out, and that too was fine. So there is something weird about AD setting with a Moskwa. Anyone have any idea why this would be happening? Update: I have two Moskwas. I tried the other one, and it worked fine. So it must be something with the first Moskwa. If I figure out what, I’ll post the answer. R2 Have also experienced this issue with envelators in AD mode triggered by my Moskwa and doepfer a152 gate outs. However I am using a work around: send the gate via a mult or attenuator (set to full) or even via a tiptop stackable (stackcable connected to the gate out and normal patch cord stacked at source then patched into envelator gate in).

I usually use my Envelator together with a Noisering and VCA to produce stutter/gate effects. I let the noisering clock the Envelator and I let the noisering output change the decay time of the Envelator. Envelator is set to AD and attack is zero. I then let then Envelator control the opening of a VCA. I put my lead/sound through the VCA which produces quantized stuttering/gating. These can be random or repeated according to the setting on the noisering. Great for leads and or percussive sequences